Rotary Club of Kolhapur was established in 1943. The sponsoring club was the Rotary Club of Solapur. Divan Bahadur N. C. Limaye, the then District Governor presented the Charter to our Club on the 1st of November 1943, at a special dinner meeting. The founder President of our club was Rao Bahadur S. A. Indulkar and founder Secretary was D. V Tengshe. The Club had 60 members at the beginning.

The Foundation Stone of Community Service was laid in the early 50’s. In the year 1966, under the World Community Service, our club supplied medicines worth Rs. 1,25,000/-to Wilson Memorial Hospital Kodoli, Dist. Kolhapur from Rotary Club of Santa Barbara, U. S. A. During Indo-Pak conflict in Kashmir, our club rendered very valuable welfare service. Club members used to visit the families of deceased soldiers and give them immediate assistance either in the form of cash or kind depending upon their requirements. In the year 1967, when a disastrous earthquake took place at Koynanagar, our club was the first to appeal to Rotary Clubs in India, as well as abroad, to extend generous help for the unfortunate victims.

We meet on Each Wednesday at 5.30 pm at Rotary Samaj Seva Kendra.

It might be a bit annoying but you could tell them discussion. 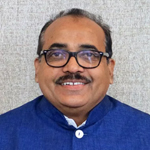 I visited this Physiotherapy Centre, I was wonder shock by the efforts taken by Rotarians of Kolhapur Club. It was wonderful to have interaction with all of them. The Centre of Audio, the wall of humanity was wonderful.

Dear change maker President & member of Rotary Club of Kolhapur,  We are extremely happy to visit Rotary Samaj Seva Kendra and had the pleasure to see the facilities which are one of the best available. We are same the people of Kolhapur. 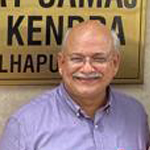 Very well planned and specious usage of the entire building complex. The Blood Centre and Physiotherapy centre are a boon to the public of Kolhapur. Heartiest congratulation to the entire team who planned the entire complex and to the team who maintain it so clean & hygienic. 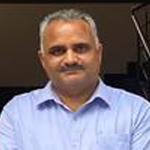 Great work by Rotary Club Kolhapur. Heard many time about the centre, but got opportunity to see today. Hats off to all bodies of Rotary Club of Kolhapur. It inspire me to do some good to society.